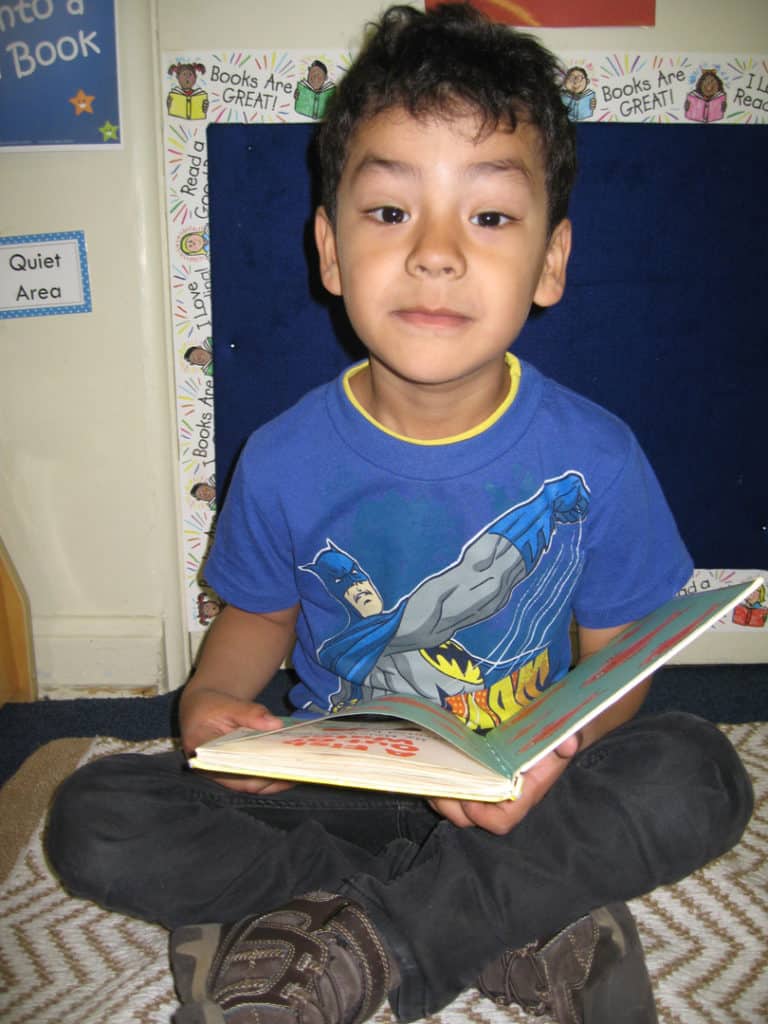 Some might say the mission of the Blind Children’s Center is right in the name. But scratch a little deeper and you will find an organization that not only fosters the education of children who are visually impaired, but also meets the needs of their parents, siblings, and extended family.

“A diagnosis of blindness—or multiple disabilities which we are seeing more often—does not just fall on the child who has been diagnosed,” said Dr. Fernanda Armenta-Schmitt, Director of Education & Family Services at the Center. “All the members of the child’s family need to be equipped to prepare for the challenges they will face together. As a collaborative unit, they are that much stronger.”

Tatiana Aldave and husband Erick Hernandez of Canoga Park can attest to that truth. When their first son Chris was born, everything made sense and fell right in line with their expectations as parents. Twenty months later, Chris was joined in the world by his baby brother Bryant whose early days were far less certain. Unlike Chris, who was born with perfect vision, Bryant was born with microthalmia, a rare condition that left him completely blind in his right eye.

“We had no family history of visual impairment,” Tatiana remembered. “It was terrifying.” She and Erick searched around, reeling, trying to find the right services for Bryant. They found help through the state at their local Regional Center, but as Bryant passed his first birthday, they felt he needed more specialized care. Thanks to a timely referral, Tatiana and Erick brought Bryant to the Blind Children’s Center just after he turned 18 months old, the first of many turning points to come.

“I was blown away when we arrived,” Tatiana said. “Seeing the services for the first time was incredible, and watching the sighted children and the visually impaired children learning and playing together gave me so much hope for Bryant and our whole family.”

With Bryant attending the Infant Program, Tatiana and Erick enrolled Chris in the preschool as a typically developing child in the Center’s full inclusion program. The inclusion model offers unique peer interactions for children with visual impairments like Bryant, and equally unique experiences for children like Chris.

“Getting involved with other kids with special needs has definitely helped Chris understand his brother better,” Tatiana said. “He has become more sensitive all around. I notice now he doesn’t differentiate between the students anymore according to who can see and who can’t. ‘They’re all my friends,’ Chris tells me.”

That said, the road hasn’t always been easy for Bryant, who has already endured two surgeries during his young life, one on his eye and another to aid mobility in his thumb. “Through it all, the staff at the Center stood by us,” Tatiana said. “The team helped us make a plan before going to the doctor and supported us at the hospital. They showed us how important it is to speak up if we feel like something is wrong with our child or he needs extra attention. If we don’t speak up, our child may not get what he needs, so we have to be persistent.”

It was that persistence from Tatiana and Erick, specialists at the Center and doctors that eventually led to Bryant’s autism diagnosis, in addition to his visual impairment. But Tatiana and Erick felt more prepared this time, and through everything they have learned, they were able to adapt more easily to his second diagnosis.

“The experience has brought our family closer together,” Tatiana said. “It hasn’t been easy. I had to stop attending college for two years to focus on Bryant’s needs. But he has made so much progress where now I feel comfortable moving ahead with my own education and taking the steps I need for myself and my family.”

And Tatiana speaks of a new family she has found at the Center—the other parents who are going through similar situations and the parent mentors, themselves parents of visually impaired children, who coach them. “We were so focused on Bryant, I think we forgot that Chris needed a lot of attention, too. We weren’t worried about him as much because he was a typical child,” she said. “It was hard to admit at first, but the parent mentors at the Center really helped a lot, and made us realize that Chris had his own specific needs.”

After three years as students, the Hernandez brothers recently moved on as graduates of the Blind Children’s Center. On a sunny day this July, both boys donned cap and gown, as they received their certificates and marched toward success. Both boys are starting public school this fall, and Tatiana and Erick are more confident than ever that they are ready to excel.

“The Blind Children’s Center has helped us in so many ways. The specialists were there for us at the hospital during Bryant’s surgeries, through his autism diagnosis, and whenever we needed advice on educating and raising our children,” Tatiana said. “We know the future is bright for these boys. We are so thankful to the Blind Children’s Center for lighting the way.”