You are here: Home / Services / Xavi 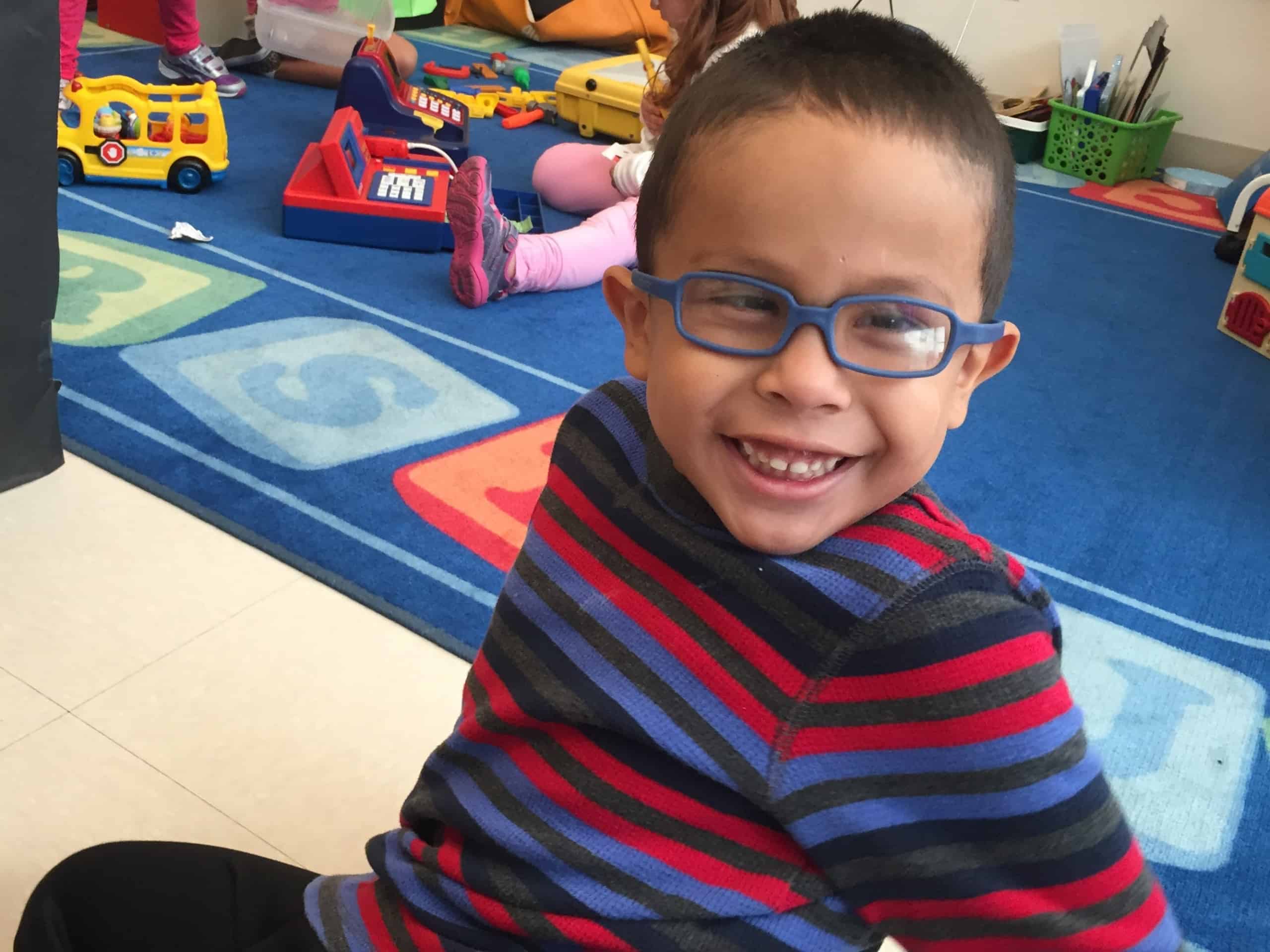 Xavier spontaneously exclaimed those three words as he walked away with his diploma from the Blind Children’s Center. For the eight year-old, the moment was the culmination of a long and often arduous journey. Born prematurely with multiple disabilities including Cerebral Palsy and Cortical Visual Impairment, Xavier’s early school years were unlike most, even at the Blind Children’s Center.

Before graduation day, he had already battled through several major surgeries including hip adductor and hamstring lengthening. He had worn leg braces for six to eight hours a day at school since the time he was crawling, and just last year he endured another surgery to improve the mobility in his ankle. Despite all those challenges, he may have been the student who spent the most time at school smiling. He quickly earned the nickname “Happy Xavi” around campus.

“He really is a very happy little boy,” his mother Carla said. “And the teachers and specialists at the Center have been so patient and caring with him.” The family workers and teachers visited during his hospital stays, brought him his schoolwork, and helped walk her through the medical process. “They provided light through some scary times,” she said.

Xavier loves to tell jokes and has an uncanny memory for matching names to voices, including nearly ever staff member at the Blind Children’s Center! Although he has significant delays, he enjoys stories and has learned to spell his name by rote.

Most incredibly, after several years using a walker, he took his first steps on his own last year, into his grandmother’s arms. “When he was born the doctors said he would never walk,” Carla remembered. “I know so much of his growth has to do with the specialists and their adaptive physical education program.”

“Xavier’s success is a great example of the entire family working together with our multidisciplinary team,” said the Center’s Director of Education & Family Services, Dr. Fernanda Armenta-Schmitt. “His mother, grandmother and aunt are frequently on campus, benefitting from our family groups and community of support.”

Xavier just started at his local public elementary school. His aunt, who also lives with Xavi, said he already likes it very much though he does miss the Blind Children’s Center. “Although he is in a class with children of varying abilities at his new school, he was prepared for that thanks to the Center’s inclusion model,” she said.

“Xavi brings joy to everyone who meets him. When he arrived at the Center six years ago, we never imagined how far he would come. We are very grateful.”